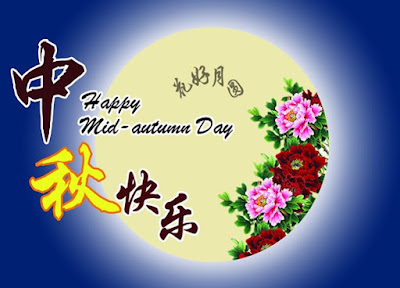 A fast-food restaurant, to be known as T-Food Restaurant, will be built at the Sultan Mahmud Airport here, with the aim to promote Terengganu traditional dishes.

"We are now waiting for the final design of the restaurant and have agreed for it to be established before year end. It will be fully air-conditined restaurant with a drive-through service," he told reporters at the launch of the commercialised 'nasi dagang' product, known as T-Dagang here today.

Air quality remained bad today as the west coast of Peninsular Malaysia continued to be blanketed by a heavy shroud of haze, with many coastal cities recording an unhealthy reading on the Air Pollutant Index (API).

According to readings published on the Department of Environment's (DOE) website, six locations including Seremban, Malacca, and Putrajaya were rated as unhealthy (100-200) on the API as at 5pm today.

The Natural Resources and Environment Ministry said in a statement today that the haze is caused by open burning of forests and land in Sumatera, Indonesia according to satellite images captured by the Singaporean based National Oceanic and Atmospheric Administration (NOAA).

The agency detected 132 hot spots in Kalimantan, Indonesia, alone, while only one hot spot was detected in Sumatera due to incomplete satellite coverage as of Sunday.

The ministry said the country is still experiencing the southwest monsoon phase that is expected to end by mid-September and noted that the haze will likely dissipate by the monsoon transition phase in October.

Meanwhile, the Environment Department will continue monitoring the status and trend of air quality on an hourly basis due to the uncertain haze situation and increased hot spots in Sumatera and Kalimantan.

All government agencies relevant to haze disaster response have also stepped up efforts in preventing open burning locally that will worsen the already unhealthy air quality.

Local governments and land owners have also been instructed to closely monitor and take preventive actions in places that could easily catch fire such as waste disposal spots, forests, farm land, and industrial complexes.

Meanwhile, Natural Resources and Environment Minister Datuk Seri Wan Junaidi Tuanku Jaafar will also head to Indonesia as soon as possible to meet his counterpart there to discuss solutions and to finalise a memorandum of understanding on cross-border haze prevention.

Sultan Mahmud airport to be upgraded

The Terengganu state government is planning to upgrade some of the facilities at Sultan Mahmud Airport, here to provide more conducive environment for passengers.

Mentri Besar Datuk Seri Ahmad Razif Abdul Rahman said the state government was currently in the process of preparing the proposal to upgrade the facilities including to build refuelling area at the airport.

"In fact, we will also increase the capacity of cargo facilities that will certainly give more benefits to airlines operation.

"We also want to increase the number of kiosks and outlets inside airport terminal so that more branded items can be sold," he told reporters after sending off the second group of 270 pilgrims from Terengganu to Jeddah, Saudi Arabia at the airport, here today.

He however stressed that the overall cost for upgrading works had not been decided yet.

Elaborating further, Ahmad Razif said the state government would be building a fast food with drive-through restaurant called T-Food near the airport.

"T stands for Terengganu, which will be serving the state's traditional food like nasi dagang, ikan celup tepung and keropok lekor.

"The restaurant will boost the state's economy and provide jobs for the locals," he said.