More evacuees in Kelantan and Terengganu

More evacuees in Kelantan and T’ganu

The number of flood evacuees in Kelantan and Tereng­ganu has risen with the flood situation in the two states growing more acute.

As of 1pm yesterday, the number reached 8,574, up from 6,961 at 8am, according to the Social Welfare Department’s infobanjir application.

The infobanjir.water.gov.my portal of the Drainage and Irrigation Department reported that the level of Sungai Golok in Rantau Panjang, Pasir Mas, rose to 10.61m at noon yesterday, up from 10.56m at 8am. The danger level is 9m.

The ebanjir.kelantan.gov.my portal by the state government reported that all roads were passable to traffic.

Rain, at times heavy, was reported in several areas of the state until noon.

Beautiful batik: Maryam showing off some of the items for sale at a pop-up booth in Publika.

It was while she was miles away from the country that Maryam Samirah Shamsuddin developed a love for one of Malaysia’s traditional crafts – batik.

Maryam, who is now in her mid-30s, said that she started collecting and learning about batik when she was studying in Britain.

“You miss home and Malaysian items are not accessible, so you start to dig around to find stuff that reminds you of home,” she said.

This love for batik led her to start Cotton and Sago, a social enterprise aimed at helping Kuala Terengganu’s batik artisans, over a year ago.

“At first I read about batik online and learnt how to differentiate the designs of each maker.

“Then I went to Kuala Tereng­ganu and found out that the number of batik producers had shrunk.

“In the 90s, they had over 300 batik artisans, but three years ago, when I visited, they had less than 10 who were still active,” she said, adding that hand-block batik manufacturing is a dying industry.

She said that the slowdown could be due to the fact that artisans were earning very low wages, which led to the younger generation’s reluctance to enter the trade.

“They were earning about 80 sen per sarong!” she added.

Seeing this situation, Maryam set about to create an enterprise that was not only focused on marketing the traditional hand-block batik, but one that will help create a sustainable future for the artisans.

She said that being a social enterprise, Cotton and Sago also tries to help raise the price of the batik products so that artisans can earn more.

“Now it is possible for them to earn a wage of RM1,000 per month, compared to about RM500 a month previously,” she said.

The profit that the enterprise earns, she said, is channelled into training and upskilling the artisans, including teaching them business skills.

Maryam said that there is a need to help revive the Terengganu traditional hand-block batik industry, as it is fast losing its skilled artisans to age.

“There is only one traditional blockmaker left in Terengganu. Now we have invested into getting a few young apprentices to learn from him,” she said.

“Otherwise there is only Pok Ya (Zakaria Ismail) and he is in his 60s.”

The tradition of producing batik needs to be preserved as batik tells the story of Malaysia, she said.

“The history of batik itself is about Malaysia. There is a theory that (the act of wearing) batik was a replacement for tattoos when Islam came into the country.

“The technique itself came from India. The (usage of) pastel colours came from the Chinese traders’ influences.

“Batik is a canvas and every culture that crosses our (country’s) path leaves a bit of its touch on it.” 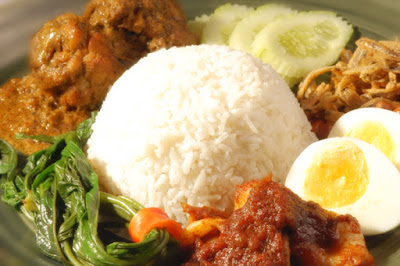 A platter of everything good all wrapped up in banana leaves to further enhance its unique taste. Nasi Lemak is truly a national heritage of Malaysia.

The start of the northeast monsoon today will bring more rain to the east coast of the peninsula and parts of Sabah and Sarawak.

The wet season is expected to last until January.

MetMalaysia director-general Alui Bahari said the northeastern winds from the South China Sea will mark the start of the monsoon season.

“Right now, the winds are still from the southwest, they are variable, but by tomorrow, they will persist from the northeast,” said Alui when contacted yesterday.

He said an episode would range between three and four days of moderate to heavy rain.

This monsoon season is expected to see four to five such episodes.

MetMalaysia has its own colour coding for rainfall, with yellow indicating heavy rain is expected within the next one to three days, and if there is continuous rain, it will not last for more than six hours and the rainfall will be less than 60mm.

Alui said the department would also be monitoring wind speeds and wave heights, as monsoon winds could whip up waves.

For the day’s weather forecast, log on to www.met.gov.my/in/web/metmalaysia/forecasts/general/country.